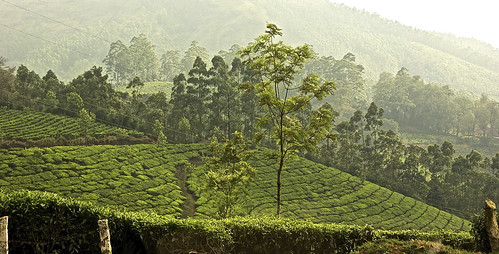 Kerala is often referred to as "god's own country". While the promotional tagline can be argued, there is no doubt that Kerala is a great touristic destination. The good thing about Kerala is that you get to see both hills and (back)waters in proximity of each other.

There are many places to visit in Kerala, and a complete tour would probably include:
Cochin, Munnar, Thekkady, Alleppey and Kumarakom.  However, covering all these places will require at least a 7 day trip. So it really depends on your budget, trip duration, and to a lesser extent whether you prefer hills or (back)waters. As we also did not have a lot of time in hand, we chose Munnar and Alleppey to get a taste of both hills and (back)waters.

To make the most of your time, it is best to book a car for the whole tour. The car stays with you all the time and the driver usually sleeps in the car. Most hotels seem aware of this arrangement and they allow the driver to use their washrooms. So you basically do not have to pay any additional hotel charges for the driver.

We booked a package with MakeMyTrip - 'Short break in Kerala' (link). The tour primarily covered Munnar (2 nights) and Alleppey (1 night in a houseboat). We booked the flights to Cochin ourselves. We landed in Cochin late in the evening, where we were met by the local travel agency representative, and he introduced us to our driver (who was with us throughout the trip). The driver was friendly, and accommodating in that he also showed us places, and made stops at places - which were not in the MakeMyTrip itinerary. So although it says on the website that car follows a fixed itinerary, they are usually flexible.

The drive from Cochin to Munnar is very scenic - refer to the pic below.

Often the drivers will stop at different spice gardens along the way. Two things that you can find in abundance in touristic places in Kerala are: Spice shops and Spas. And, as you can already guess, most of them are tourist traps - selling inferior spices at inflated prices. So it is always good to exercise caution while buying from such shops.

There are also a couple of impressive waterfalls on the way, where you can take a break and (if you want) get wet under the waterfall. 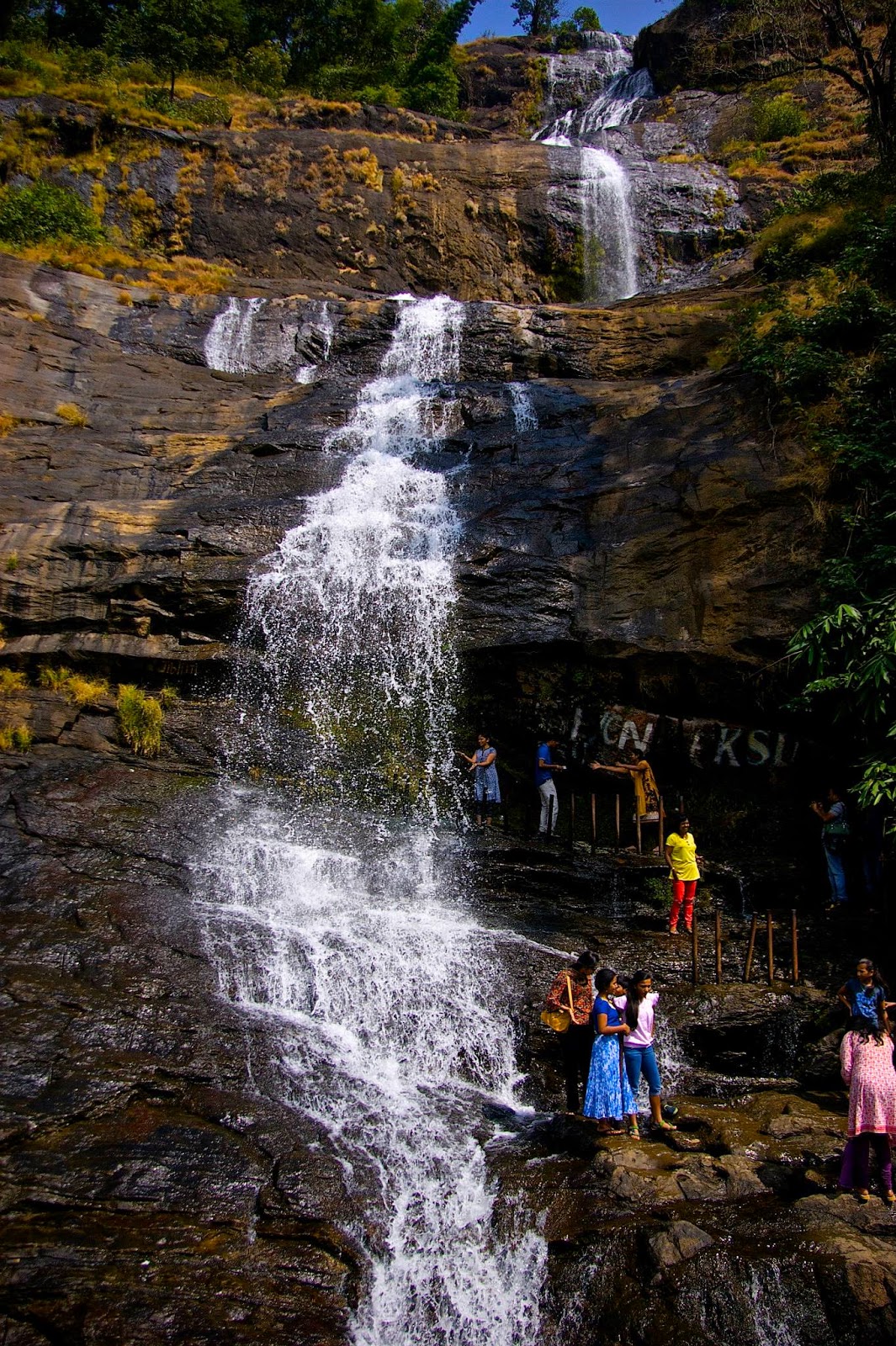 The first thing that strikes you on reaching Munnar - is the all encompassing greenery around you - refer to the pic below. (For us bengalis, it has a certain resemblance to Darjeeling.) The greenery is of course due to extensive tea plantations in the region. 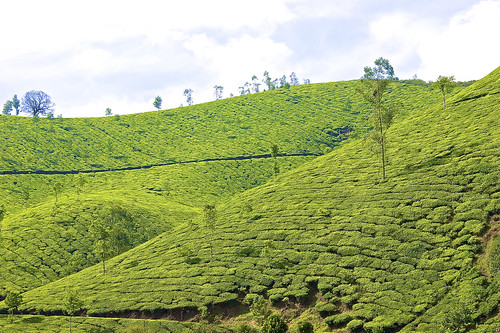 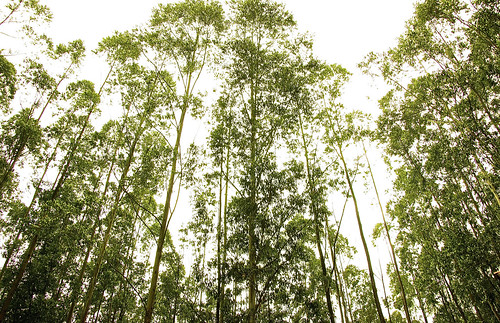 Munnar is famously touristic. It is one of those places where you start getting a touristy smell from afar. The city itself is very small, with almost everyone either working at a tea plantation, or in the hospitality industry. We also noticed quite a few foreigners, mostly speaking French; so it does seem quite popular - at least in the French speaking regions of the world.

While there are many hotels available here - suiting all budgets - it does seem to get very crowded during public holidays esp. during the Christmas / New Year period. Not only do the hotel rates go up exponentially during this period, beware of the "banquet scams" where it is mandatory to pay a banquet charge  - which can easily go up to INR 5000-7500 per person - if you are staying in the hotel on 25th or 31st Dec. So be sure to read the fine print before booking.

Places to visit here include the Tea Museum - where you can get a live demonstration of the tea extraction process - from leaves to packets. If you are interested, you can also try / buy some "authentic" green tea from the museum souvenir shop. (View in front of the tea museum below.) 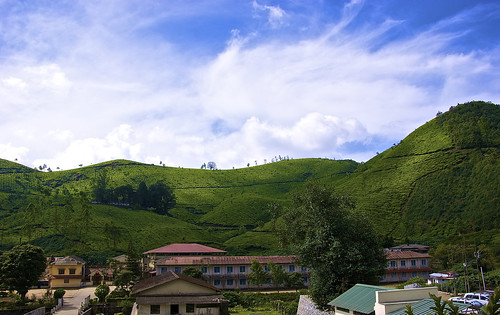 Other places to visit include the Eravikulam National Park. Unfortunately, the place failed to live up to its hype for us. May be our spirits were dampened by the couple of hours we had to stand in queue to get tickets. Yes, the place can get very crowded, especially if (like us) you decide to visit it on a public holiday. The tickets are not cheap and cost around INR 100 per person. Once inside, you are packed into a rickety mini-bus which takes you up the hill. The uphill climb is quite scenic though (pic below). 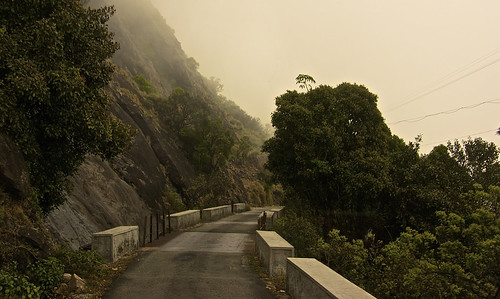 The bus drops you at an elevated position, where there is a cafe and washroom.  From here, you can roam around, or hike upwards - before getting in a queue (again) to catch the return bus. The view at the top is also impressive. Of course, at that height, you wouldn't be able to see much on a cloudy day; so try to choose a sunny day if you are flexible.

While the park advertises many rare animals, the most hyped are clearly the Nilgiri Tahrs - see pic below. Unfortunately,  none of us is much of an animal enthusiast; and we were disappointed after all the hype (and as mentioned before, we were probably already biased by the long queues). 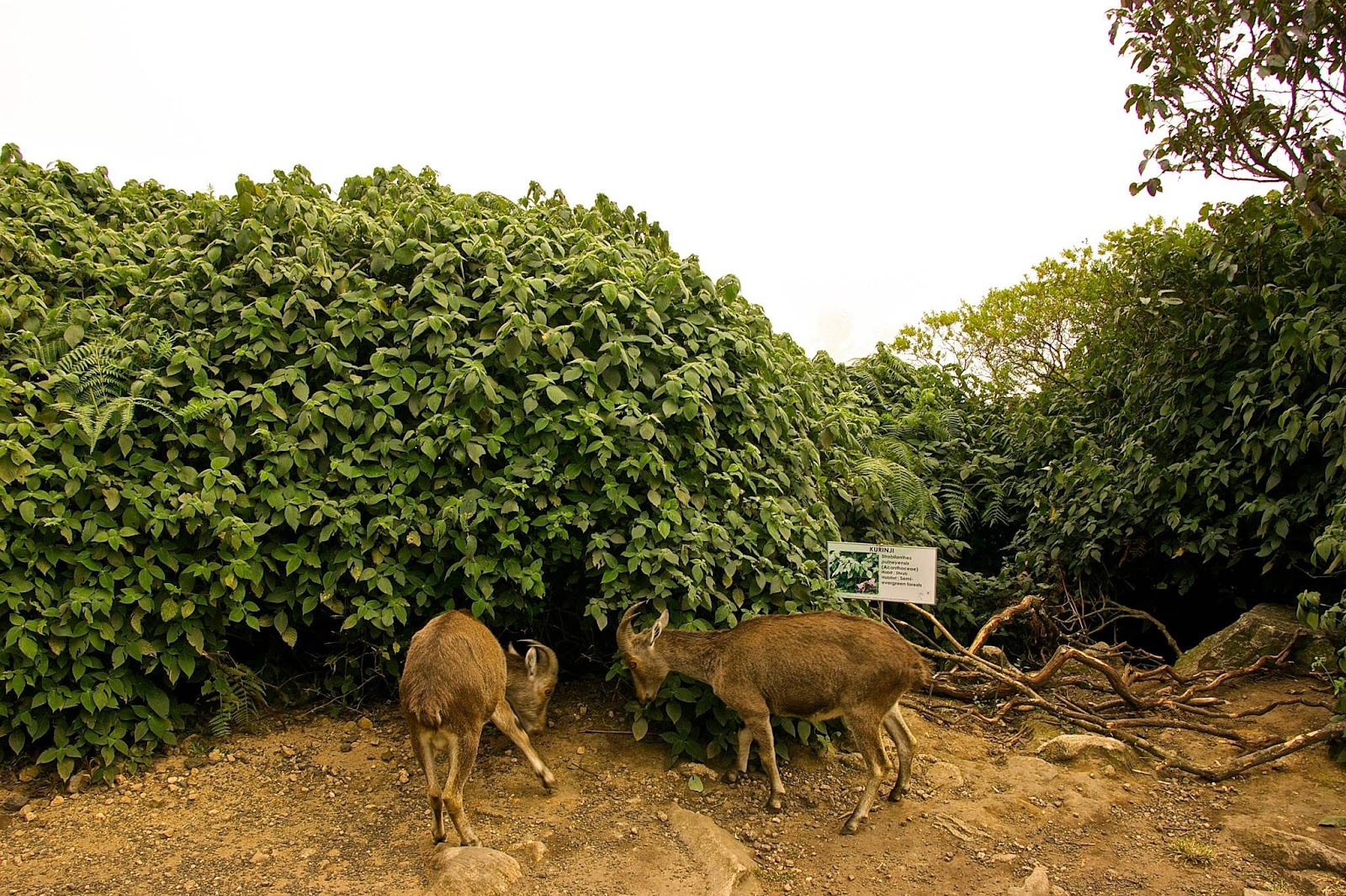 Finally, there are also a couple of dams worth visiting around Munnar.  Unfortunately, we do not remember the names of the dams - but ask one of the locals or your driver - he should be able to take you there. 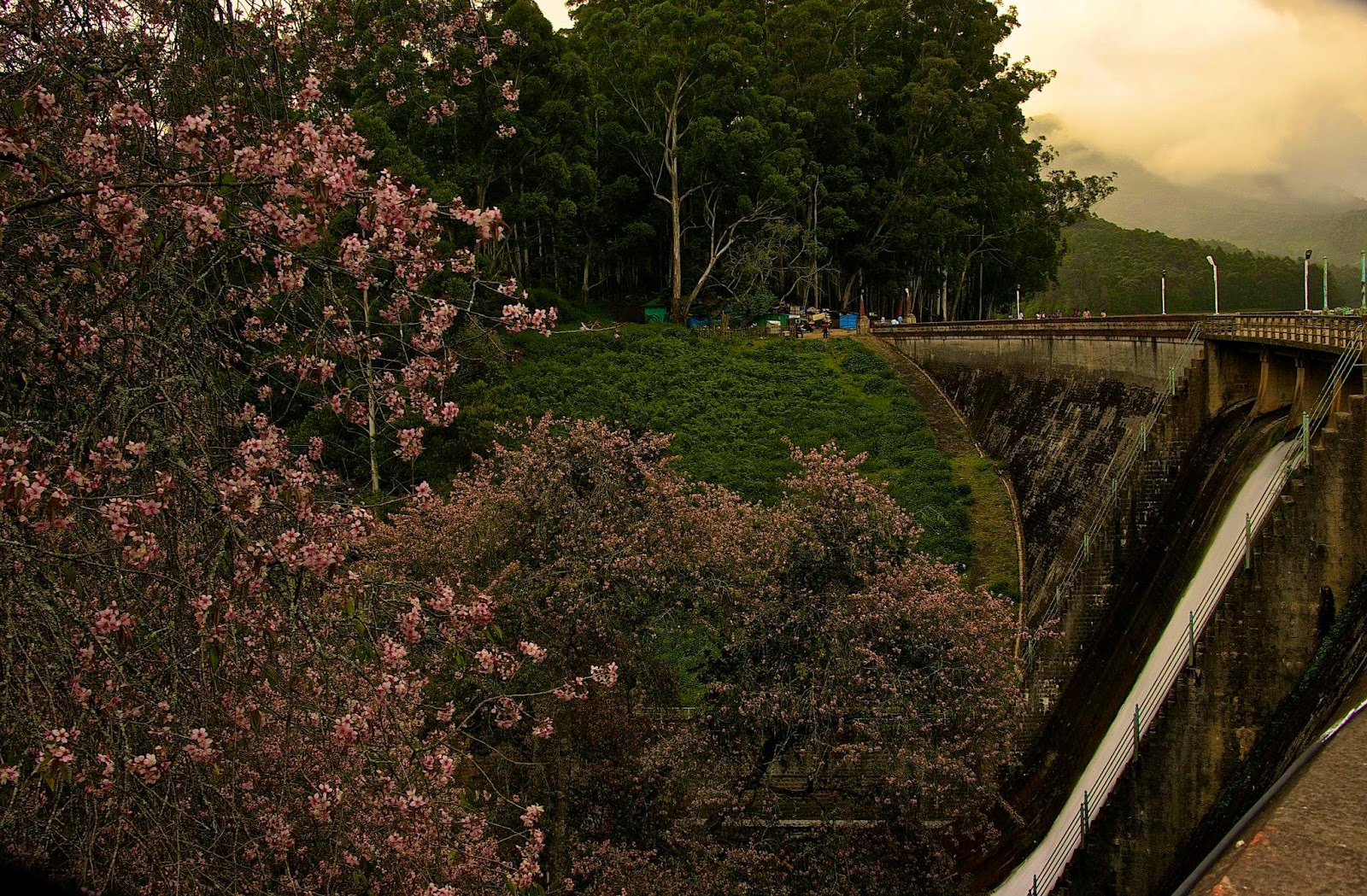 The really really famous part of Kerala - and which you have to absolutely experience - are the backwaters. The backwaters, as we were told, originate from the Arabian sea. The link has now been intentionally severed by a a dam, so that the water can be used for irrigation.

It is a bit difficult to describe it in words. But as compared to say Venice, the channel is really wide. As your boat cruises along, you can see palm trees on both sides, and the occasional hut from time to time.  So the cruise is very calm and relaxing! The water also seemed very still, at least we did not get / notice any waves during our cruise.

While many cities proclaim themselves to be part of the backwaters, the best city to experience the backwaters is Alleppey. From here, you can get all types of boats (ferries) which allow you to cruise for different durations  - at various levels of comfort.

There are also houseboats where you can stay overnight. The luxury ones, e.g. the one pictured below, offer all benefits of a hotel - with AC rooms, washroom, and a dining / drawing room with cable TV / music system. 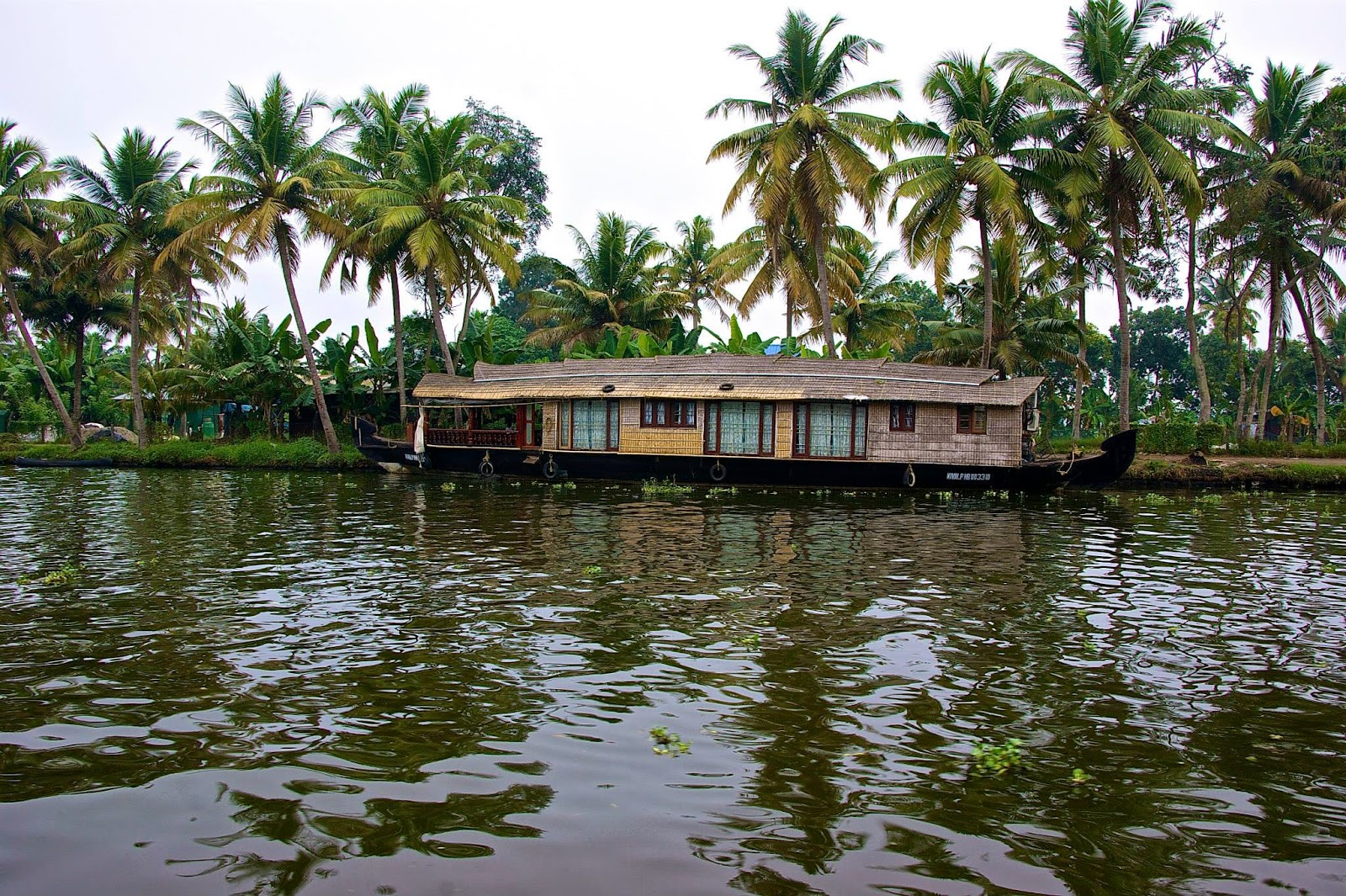 The way it usually works is that you board the houseboat around afternoon. A boatman (also captain) and cook accompany you throughout the journey.

After boarding, the houseboat cruises for a while - and then you are offered lunch. Post lunch, it continues cruising till 5.30 pm. It then docks adjoining a village house. The boat takes electricity (for the ACs) and cable connection from the host - so the ACs only run during the night.

While cruising, the boat also stops at small villages where (if you want) you can buy freshly caught fish. The cook can then prepare the fish for your dinner. Dinner is offered even otherwise, but then it depends on the cook's choice.

It does get a bit quiet and lonely once it gets dark. Basically, there is not much you can do once the boat stops cruising, and it becomes dark and silent everywhere.  Also, you are technically alone on the boat for the night - with the cook / boatman - who are both practically "strangers". So it is definitely more enjoyable if you are in a group. Although many people warned us regarding mosquitoes at night, the boatman covered the open part of the boat by a net at night; and we did not face any mosquito problems as such.

The boat again starts cruising around 8am next morning - at which point you are also offered breakfast. You are back in Alleppey in about an hour -  refreshed and eager to continue your journey. 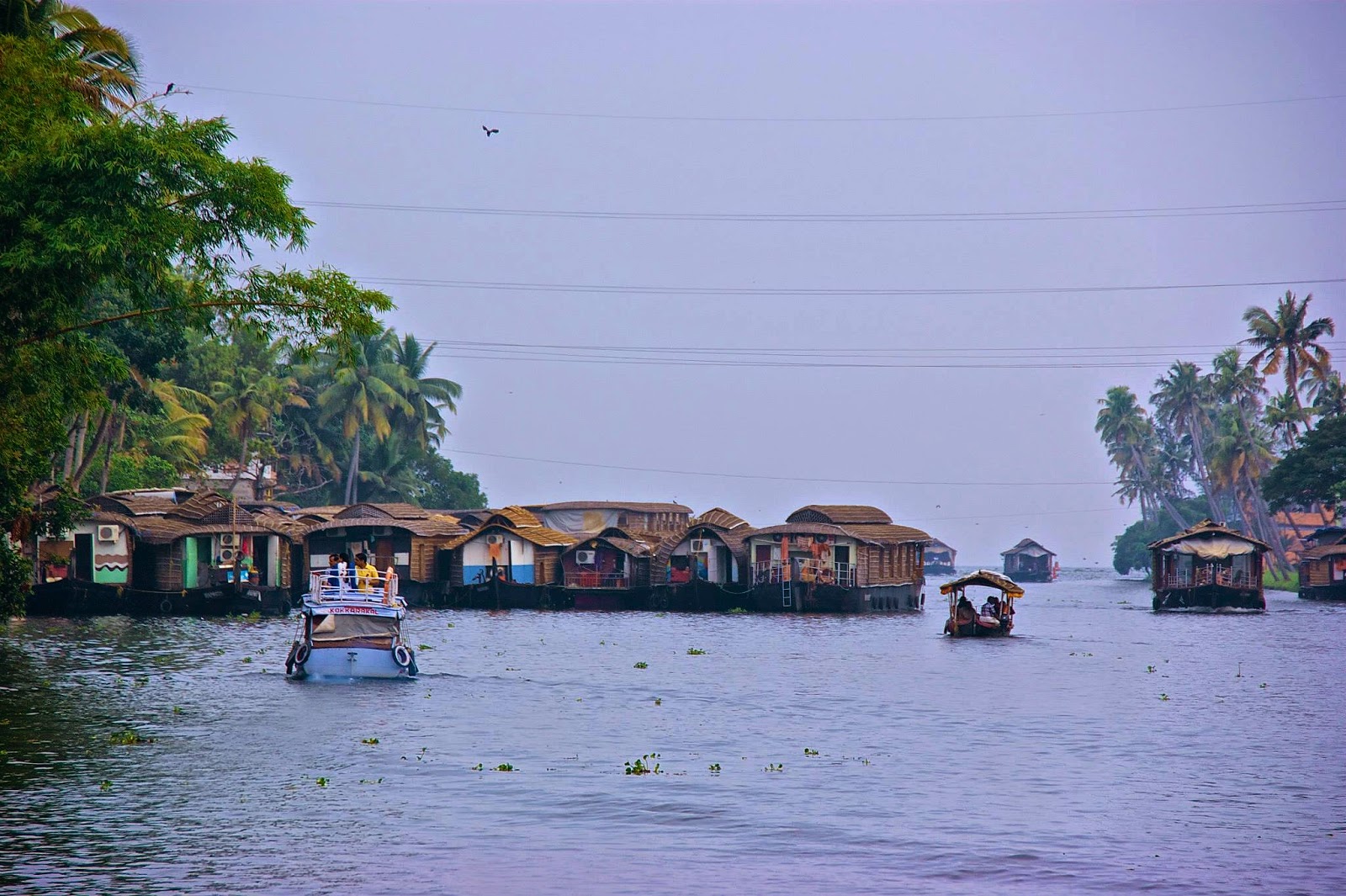 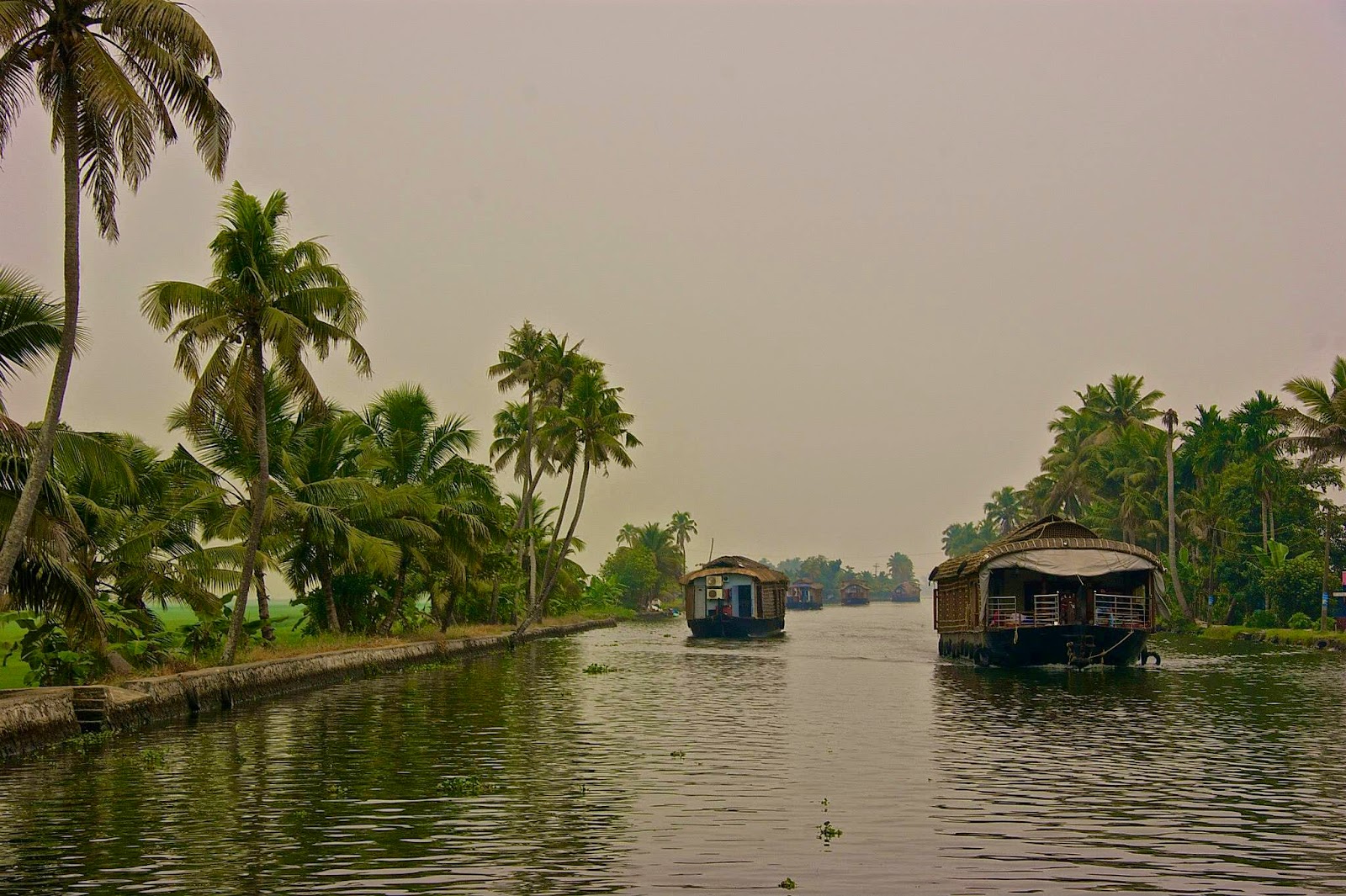