We visited Canary Islands for 3-days in Sep 2014. Canary Islands is a group of islands in the Atlantic Ocean. The islands are close to Africa and share a border with Morocco. As a result, it has the unique combination of having both deserts as well as volcanic rock formations - so a nature lover's paradise.

For all administrative purposes, Canary Islands is a part of Spain. This implies that Schengen Visas are valid here, and all Indians with residence permits of any Schengen country can travel Visa-free. The best way to travel is via Madrid - it takes about 3 hours from Madrid to Gran Canaria.


Gran Canaria is one of the largest islands in the archipelago. The northern part of the island comprises the capital city - Las Palmas - which is more like a financial / business city. The northern part is thus not very interesting from a touristic point of view.

Although an island, it is actually quite big and a car ride from the northern to southern part of the city takes around 1 hours. Fortunately, the public transport here is great - well connected, punctual and affordable. On the other hand, if you fancy renting a car, then be careful that the roads here are not flat but very steep, winding and narrow.


The touristic part is the southern part of the island, especially close to Maspalomas. This region is famous for its lush desert scenery, very close to the Atlantic beach. There are direct buses from the airport to Maspalomas, and it takes about 40 minutes.

The desert is right at the beach. And, while it is not exactly Sahara; it is quite big to give the full desert feeling: if you look around - all you will see is sand and more sand in all directions. 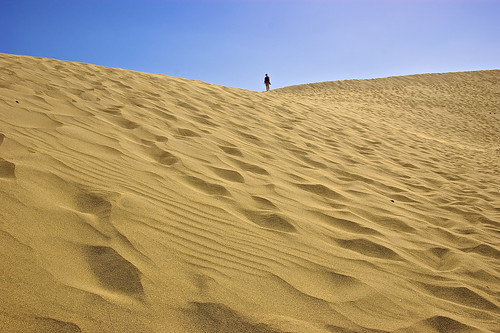 You can also want to try out a camel ride here. We wouldn't really recommend it, but its nice if you have kids with you. And as mentioned earlier, the desert is quite big - so a camel ride might be useful if you want to cover a larger expanse of the desert. 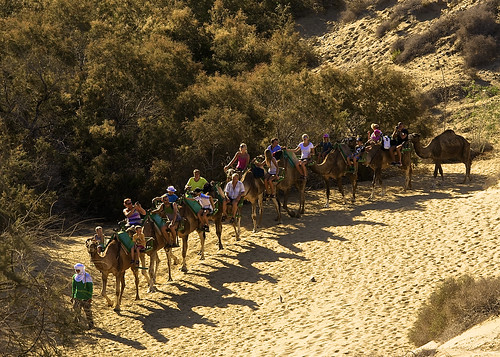 Of course the beach itself is quite long and sandy, and you might just want to lie down and enjoy the sun. There is also a lighthouse around (Faro de Maspalomas) which adds to the whole beauty of the place.

There are many small shops around and also sometimes (nefarious) people trying to talk you up and sell things forcefully. As Indians however, I guess that we are always alert towards such behavior - however it helps to remember that such people exist all over the world and Canary Islands is no exception. In general, the people are nice, speak English, and the taxis run by meter.

Unfortunately, we did not get the time to try out an Indian restaurant here. Based on reviews, we did zero in on one: Memsaab Fusion. There address is: Avda. Ministra Anna Lindh, No. 1, Playa Amadores Mogán, Canarias, Spain; and the cool thing is that they will refund your taxi fare up to 6 Euros till 1st Aug 015.


There are numerous beaches in Gran Canaria. While Maspalomas is probably the largest and most well known, there are others equally scenic and relaxing - and more importantly for some - less crowded. Once such beach is Patalavaca. 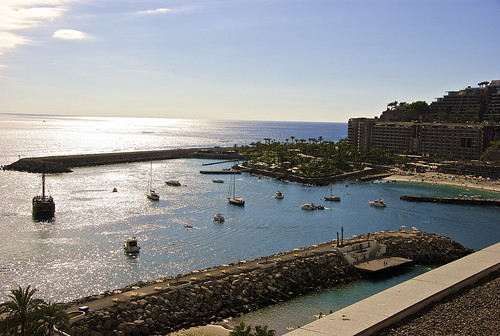 The place itself is very scenic. The beach is nice. And, the best part is that as soon as the sun sets, it turns into a tropical paradise. You can go for a nice relaxing walk enjoying the setting sun together with the slow blowing Atlantic breeze. 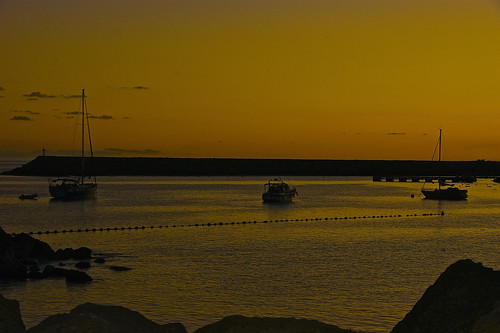 There are plenty of open-air restaurants around and a small shopping centre for souvenirs as well. 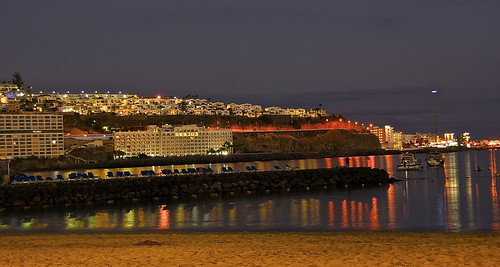 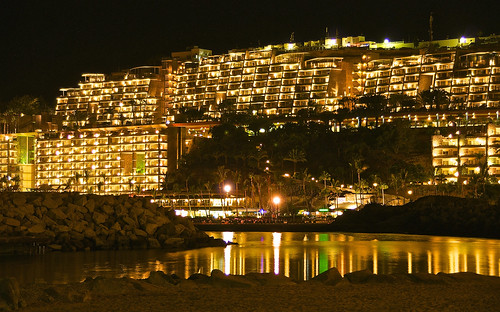 
While Canary Islands is probably known for its beaches, its interior parts are equally impressive. The island consists of many volcanoes, and that has led to many steep hills formed out of volcanic rocks. This part of the island is not very well connected by public transport, so we took a day tour: "VIP Small Group Tour of Scenic Gran Canaria". Due to the steep hilly roads - where big buses cannot traverse - the tour takes you around in small vans of small 6-8 people groups - so you get to socialize a bit with fellow tourists as well. 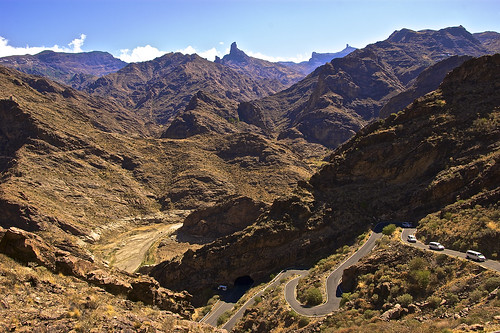 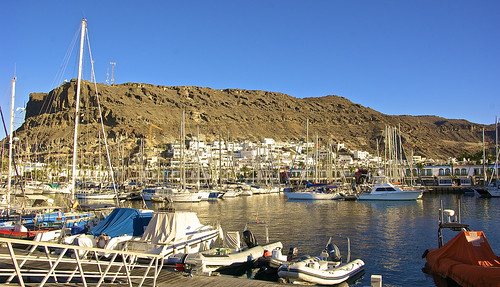 Posted by Soma Biswas at 1:21 PM No comments: