On board the Glacier Express from Zermatt


We took a ride on board the Glacier Express in Oct 2014. 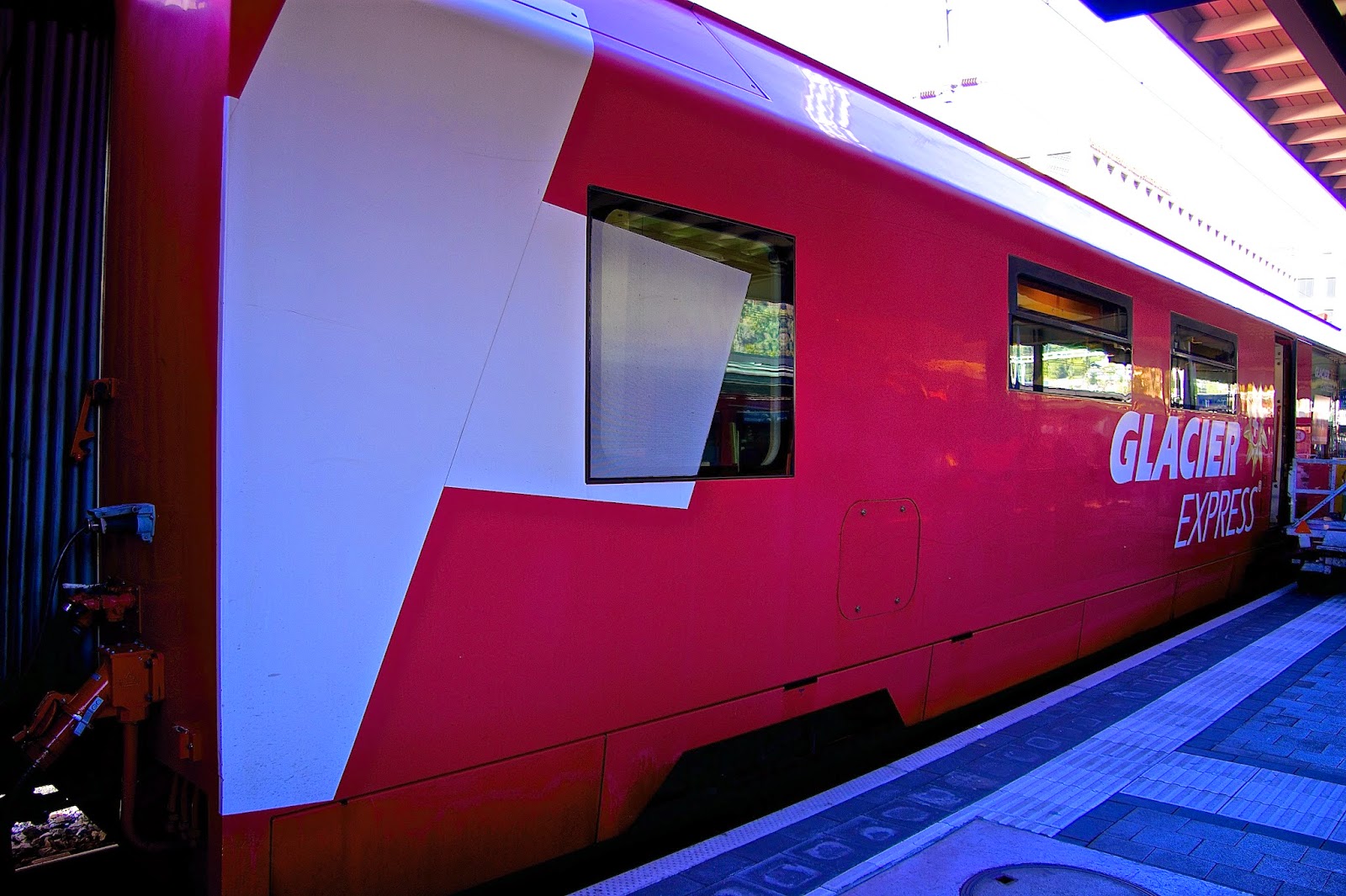 Glacier Express is one of the 2 luxury panoramic trains in Switzerland, the other being Bernina Express. One can take the train either from Zermatt to St. Moritz (both very famous, and expensive, ski resorts in Switzerland), or in the reverse direction. It is possible to board and disembark the train at one of the intermediate stops as well - the price varies accordingly.

The train doesn't run throughout the year - mostly never in November - so be sure to take that into account while planning your trip. The summer and winter timetables are available here: (timetables). One of the primary factors affecting when to undertake the journey? - is clearly the scenery you can expect to see on route. Snow is the deciding factor here. If you are interested in seeing the snow capped Alps peaks, winter is obviously the preferred time.The disadvantages are that there might be disruptions because of the snow, and it is also more crowded during that time - so try to book in advance.

We took the train towards end of Oct, and we could already see some snow (below).

However, this clearly varies from year-to-year, and the best time to see guaranteed snow is Jan onwards.

As far as pure unadulterated "panorama" is concerned, the route is indeed very scenic. It is true that if you spend some time exploring the Swiss railways site (SBB), you can get similar views by traveling on normal (cheaper) Swiss trains. The good thing about the Glacier Express coaches is that they are mostly transparent - with large windows on the sides and part of the ceiling - which allow a better view of the surroundings than normal trains would.

The downside (and this is a big downer) is that the large windows also cause "reflections" to appear in any pictures you try to take through the windows. So while the trains are good for your own viewing pleasure, the large windows render any "serious" photography almost impossible - and this is a pity because the outside view is indeed very picturesque. You can also see the odd glacier while you are about it. 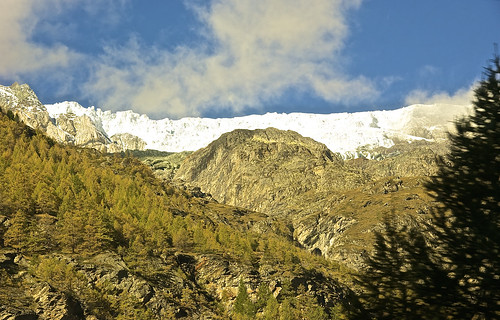 A few more pictures from the trip. 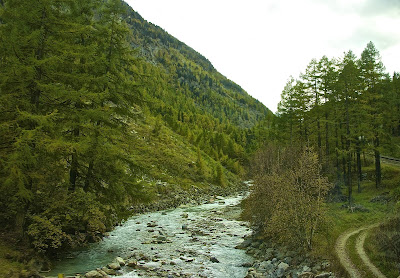 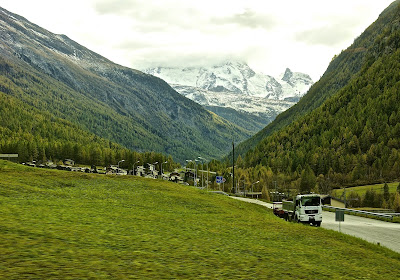 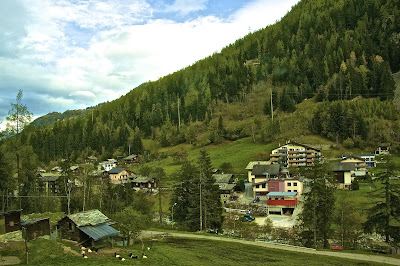 We actually booked a package tour available on the Swiss Railway website (SBB), which allows you to combine a ride on the Glacier Express with a hotel stay at Zermatt and / or St. Moritz, and return train tickets from any Swiss city to Zermatt and St. Moritz.

So we also spent a day in Zermatt, the night before boarding the Glacier Express. Like most Swiss ski resorts, Zermatt is a charming village with plenty of peaks around. It is particularly famous for its stunning views of the Matterhorn peak - the 2nd highest peak in the Alps range, and the highest in Switzerland. 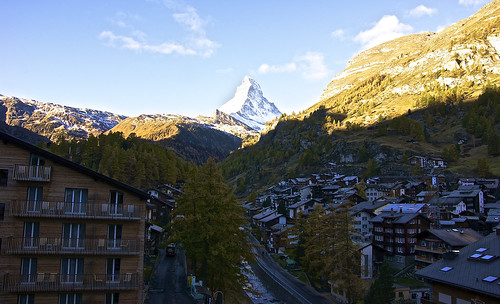 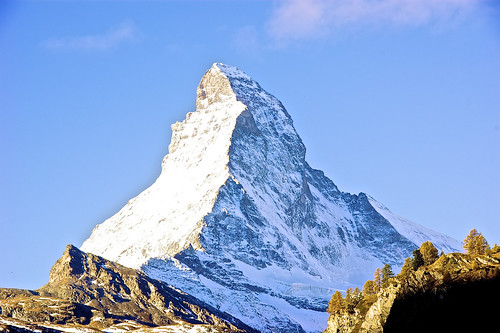 Zermatt is relatively "big" ski resort, which implies that there are plenty of places to shop and eat once the sun goes down. 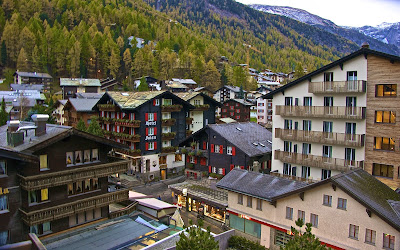 Unfortunately, there are no Indian restaurants in Zermatt, but there are some Thai / Chinese ones around. For vegetarians, you can try the eternal Swiss delicacy - "Fondue" - which primarily consists of a mixture of different types of cheese served (hot) in a pot. It is accompanied with bread crumbs, and the idea is that you dip the bread in the cheese and eat.

If you end up in a Pizzeria, the safest bet (again, for vegetarians) is to go with the Pizza Margherita. Pizza Margherita is available in almost all pizzerias in Europe, and is a safe choice when you cannot find anything else to eat.
Posted by Soma Biswas at 9:00 AM No comments: