Visakhapatnam (Vizag) - the "Jewel of the East Coast"


We visited Vizag in December 2010. [And, we are writing this blog in 2013, so some of details below might have changed in between.] 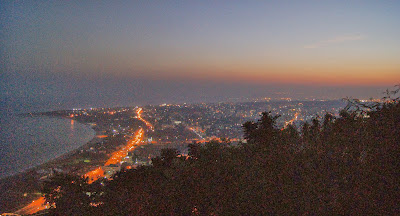 Vizag (aka "Goa of the East") is the 2nd largest city in the state of Andhra Pradesh. Like Goa, it is famous for its sandy beaches - located on the coast of Bay of Bengal.

Vizag is not only a tourist destination, but also a large industrial city in its own right. As such, it is well connected via both trains and flights to major Indian cities. The airport, shared with the military, is at a distance of approximately 10km from the city. More than taxis, auto rickshaws are more numerous, and seem to be the preferred means of public transport here. As with auto drivers in any other Indian city, be sure to fix the price before boarding the auto.

There are many beautiful beaches in and around Vizag. The more famous one - Rishikonda beach - is at a distance of 11km from the city. The one in the city is known as Ramakrishna (R. K.) beach. While choosing a place to stay, people are thus divided between staying close to Rishikonda or R. K. beach. The choice of hotels is of course more in the city, though there are a few decent hotels on Rishikonda beach. Staying in the city - which we did - also has the benefit that you are closer to some of the other attractions worth visiting - described below.

A short distance away from R. K. beach is a local favorite Kailasagiri. It features huge statues of the Hindu gods Shiva and Parvati on a hilltop.  The white statues are really big, and very impressive. There is also a rope way with nice views that takes you to to hill top. Surrounding the statues is a small park with small cafes / fast food restaurants, so also a good spot to go up in the evening and relax. 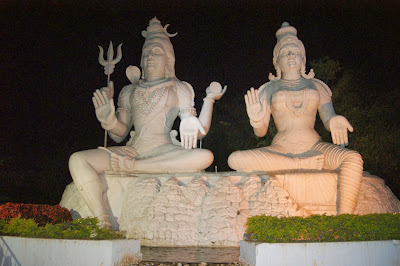 Close to R. K. beach, another tourist attraction is the Submarine Museum. Vizag is a coastal town and also a base of the Indian Navy. There are thus many small / large naval memorabilia scattered throughout the city. The most impressive is perhaps the Submarine museum. The museum is basically an old submarine (INS Kursura) that has been decommissioned. While the inside is not very impressive, it is the closest most normal people will get to be inside an actual submarine - so recommended (if you have time).

A visit to Vizag would not be complete without visiting Araku valley. A general trip to Vizag consists of spending a couple of days in Vizag, followed by day in Araku valley, before returning to Vizag. It is not so much the valley itself but the journey between Vizag to Araku valley that is to be enjoyed. It is possible to reach Araku valley by both train / bus from Vizag. For the best viewing experience, we recommend that you take the train one way and the bus / car while returning, or vice versa.

The train takes a very picturesque route among the hills. A unique feature of this route is the number of tunnels you encounter on the way, around 80. Some practical tips regarding the train. It gets very crowded, so be sure to book early. Actually, it gets really really crowded, so a few extra hundreds to book First class tickets are definitely recommended. 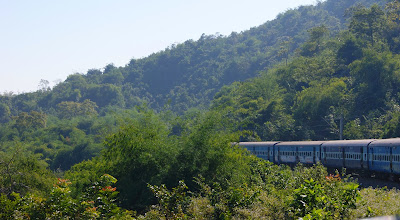 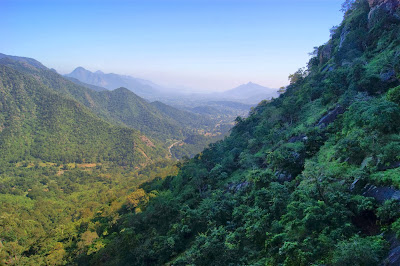 The primary reason to travel at least one way by bus / car is to visit the Borra caves on the way. The caves are an impressive natural phenomenon and usually rank very high in most 'Places to visit' lists in India, e.g. a sample list. The caves are basically limestone structures buried at a depth of 260 feet in the ground - making them one of the deepest in the country. The area is well lit but you have to walk quite a bit including climbing up / down a lot of stairs - so might not be suitable for old people.

There is also a coffee plantation on the way that is worth visiting if you tired of drinking the usual Nescafe and want to try something new: Ananthagiri. 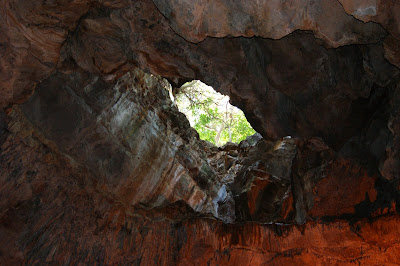 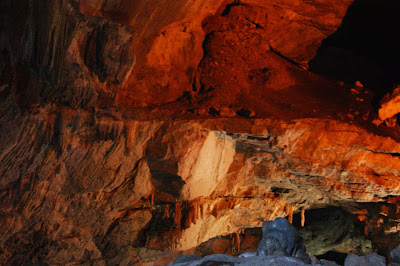 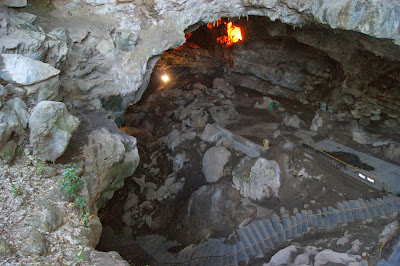 
While the valley has a few decent hotels, staying there is not recommended primarily due to the reason that there is absolutely nothing to do once evening falls. But then people look for different things in life for different reasons. So if you are looking to spend a night in solitude - high above the hills - gazing at the night sky - and doing whatever else you want - please feel free to spend a night there. Otherwise, don't say that we did not warn you. If you take the train from Vizag to Araku, you will reach there by ~11am, and then our suggestion would be to head back by car after having lunch at one of the restaurants there.

Other places to visit while you are Vizag include the lighthouse in Yarada Konda hills. The lighthouse overlooks the entrance to Visakhapatnam harbor and offers great ariel views of the harbor. Although the lighthouse is no longer used, it still falls under military jurisdiction due to its strategic location and you can expect to see police / army presence around - but there is no checking / frisking etc. while entering the site.

It takes around an hour and half by auto from Vizag to reach the light house. Almost half the journey, you will be climbing up the hills, so takes longer that it usually would for the same distance on flat land.  The views from the top are great but it is not recommended for claustrophobic people or people with heart problems as the final part of climbing stairs within the lighthouse is really narrow and you can feel trapped.