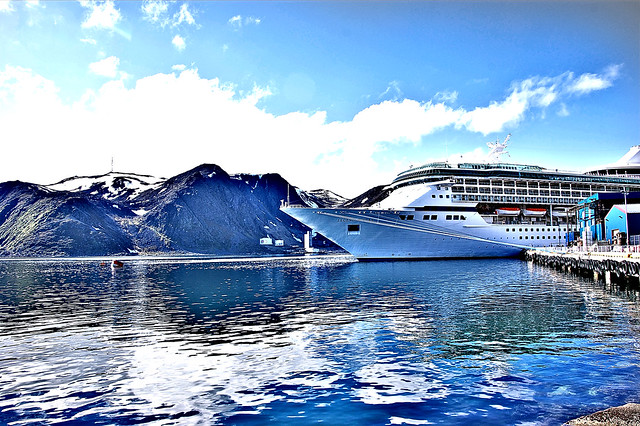 We have given a description of RC cruise ships and the facilities to expect on board in one of our previous posts. So rather than repeating them again, here is a link to the post for anyone interested: RC Cruise ship.

Similarly, only the Norwegian stops are described in this blog. For a description of Copenhagen, please refer to one of our previous blog posts: (link).


As both Denmark and Norway are participants in the Schengen treaty, a Schengen Visa suffices; or if you already have a residence permit of one of the Schengen countries, then of course you do not need any other Visa.

Copenhagen is well connected with most major cities in the world, so getting a flight should not be a problem. It takes around 25-30 mins from the airport to the pier. A taxi is recommended. Or, when you land at Copenhagen airport, you can usually find RC staff arranging shuttle buses to the pier - it costs around $37 per person and you can pay on the spot. A word of caution: There are usually multiple cruise ships departing on the same day, so there might be people from other cruise lines as well - make sure that you contact the right cruise line staff, so you might end up at a different pier.

Alesund was our first port of call. It is a medium sized city, but very beautiful and serene. The first thing that strikes you on visiting this part of Norway, is that there is so much "untouched" natural beauty here - and you automatically feel like doing your bit to preserve nature.

Alesund is closely associated with the "Troll" mythology. Trolls are imaginary (fairy tale like) mountainous creatures - who have supernatural strength to stay high up in the mountains. They also seem very popular with the children here - you can find many books on Troll-related tales for children in the shops. Leaving aside the discussion whether Trolls exist or not ? :), the "Path of the Trolls"

and the "Troll wall" consisting of some very steep, but wafer thin, mountains - make for an awe inspiring scenery. 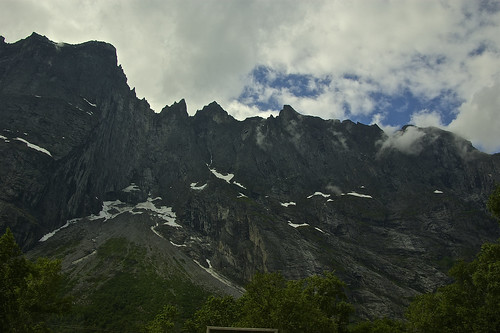 Other places worth visiting in Alesund include the Stordal church. The church itself is quite modest, but as you can see from the pictures below ... the pristine church surrounding will probably motivate you to "meditate" :) 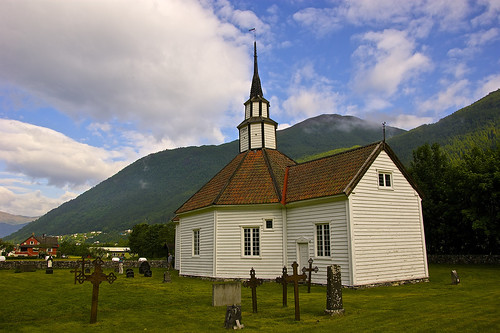 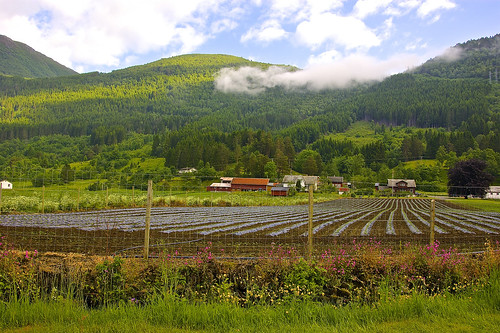 While there is no shortage of scenic places in Alesund, the final sight we visited was the Stigfoss waterfall. From the car / bus, you need to walk for 5-10 min till the waterfall. The waterfall, though not as impressive as say Niagara Falls, the picturesque surroundings more than make up for the lack of waterfall depth / breadth. 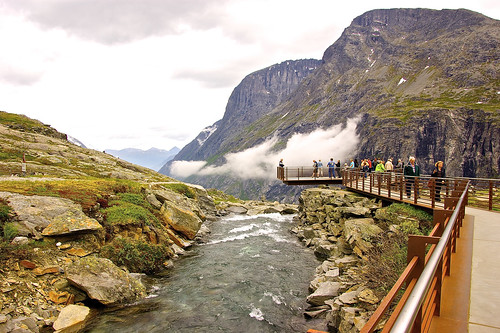 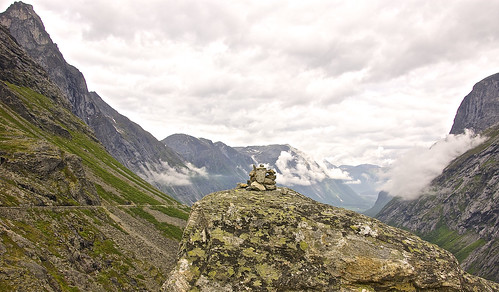 Geiranger is known as the fjord capital of Norway. The name is well justified as the views, as the ship glides among the gigantic fjords - before reaching the port - are simply stunning. 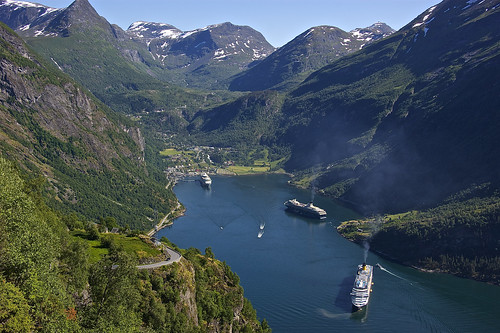 Entering Geiranger by ship is also the best way to view the 'Seven Sisters' waterfall. It is a series of 7 consecutive waterfalls - and you can only see all 7 together during certain times of the year. 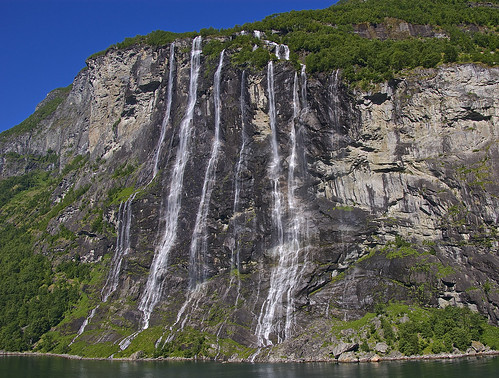 Geiranger is basically a small city with a a population of around 300 people - which grows or shrinks to accommodate the tourist season. Our tour guide told us that tourism is growing at such an exponential rate here - that local farmers have given up farming - and almost everyone is now involved in the tourism / hospitality sector.

Other places to visit in Geiranger include the  Herdalssetra mountain farm. This remote farm, nestled among the mountains, is still untouched by modern civilization - there is even no electricity here (people use lanterns at night). Every year they have student volunteers from all over the world, who spend a wonderful time here learning the "basics" of life. 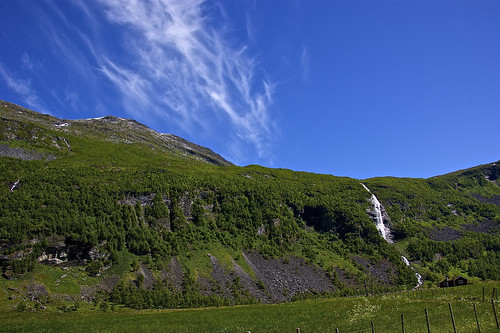